Get fresh music recommendations delivered to your inbox every Friday.

Dance With The Hunted 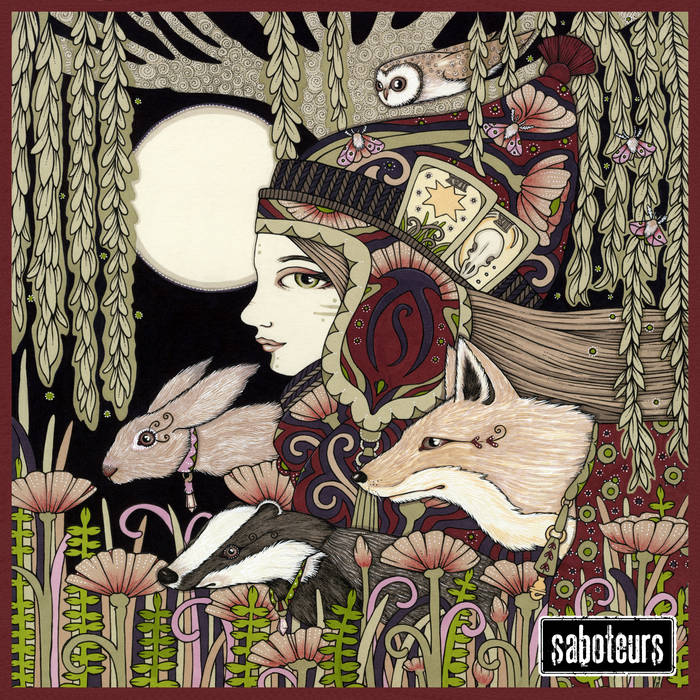 spildprodukt One of the rare albums that's equally fitting, whether you're sipping gourmet-grade imported coffee, ripping beer bongs, or vacuuming the rugs.

Struggling with the mundanities of life in an East Midlands market town. Bottling it all up and ready to explode. The quiet ones are the worst they say but there's nothing quiet about Saboteurs' outpouring of pent-up emotions.


The band's 2018 debut EP attracted a growing fan-base and recognition by BBC Introducing, Richer Sound's Artist of the Week and as finalists in Radio Wigwam's Rock Act of the Year. From the gothic post-punk splendour and dark, foreboding rock of 'Nobody Knows Me Like You' , to the haunting slow-burn of 'Coraline' , Saboteurs manage somehow to transcend genres. The juxtaposition stems from the contrasting styles of songwriters Ben Ellis (vocals/guitars) and Rick Whitehead (guitars/vocals). 'We just can’t do trends. We end up chucking in elements from all manner of genres and smashing them together'.

Their debut album, 'Dance With The Hunted' was released on 4 May 2019 with reviewers finding elements as diverse as Soundgarden, Radiohead, Nirvana, Goo Goo Dolls, U2 and Korn:

'Fusing elements of alt-rock, grunge, post-punk, metal and folk, they create hard-hitting music that thrills and surprises....a heavy, emotionally-wrought album to be sure – there are no upbeat love songs here! But it’s a beautifully-crafted work, with deeply compelling, heartfelt lyrics, gorgeous rock melodies, and magnificent instrumentals. Every track is superb, with no filler or throwaways' (eclecticmusiclover.com)

'There’s a real smorgasbord of musical influences all overlapping in an eclectic and rich sound here. It speaks to the many with its relatable lyrics that really resonate and takes you on a real adventure with all its many musical twists and turns. There is definitely a darkness to the record, it’s sombre and hard hitting, kind of like if Radiohead and Nirvana had a baby' (theindependentvoice.org)

'...amazing guitar that just blows through you and powerful vocals' (Muzak Review)

Artwork by Anita Inverarity at inveraritygallery.com

Original alt-indie rock from Lincoln UK drawing on a range of influences - from folk to metal, post-punk to prog.

Bandcamp Daily  your guide to the world of Bandcamp